skip to main | skip to sidebar

How they wrecked Beckton gasworks 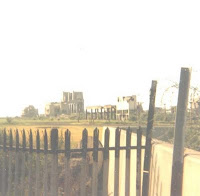 The film "Full Metal Jacket" was made in Beckton Gas Works - by blowing up and wrecking much of the then unused works.


Many of the buildings had been designed by 19th century architect, Francis Edwards, and had considerable merit.

Once they were wre 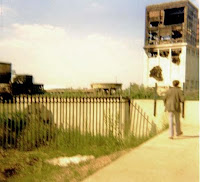 cked and covered with Vietnamese slogan they were left to rot for many years.

In the film many of the buildings are easily recognisable - and must have been a sad sight for those who had maintained them in good order and worked there for many years. However it the film is worth seeing for 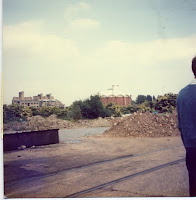 the old gas works shots - despite being about about an American military subject.

I am attaching some of my not very good photographs taken soon after they were wrecked - taken from some distance and sadly not really showing the slogans - and I am now very sorry that I didn't get better and more interesting shots. It was a pretty dramatic site.